As an Amazon Associate I earn from qualifying purchases.

The Star Wars The Force Awakens ornaments for Christmas trees are incredible. Designed after the 7th episode of the highly popular science-fiction saga, they will provide Star Wars fans’ Christmas trees with a futuristic touch. If you’re a fan of this trilogy and its 7th episode, you’re going to love owning one or even all of these ornaments. Not only are they Christmas tree ornaments but also can become fantastic collectible gifts for aficionados.

As fans of the saga, you were certainly in theaters for the release of Star Wars Episode 7. It was released on December 18th 2015. Since then, your family and friends can admire your stunning Star Wars The Force Awakens Christmas tree in the center of the sitting room. Talk about the luck!

The Star Wars The Force Awakens ornaments are inspired from the movie characters known as Kylo Ren, Rey, Flametroopers (similar to Stormtroopers), Finn, and the robotic BB-8. Let’s see what these decorating items look like. 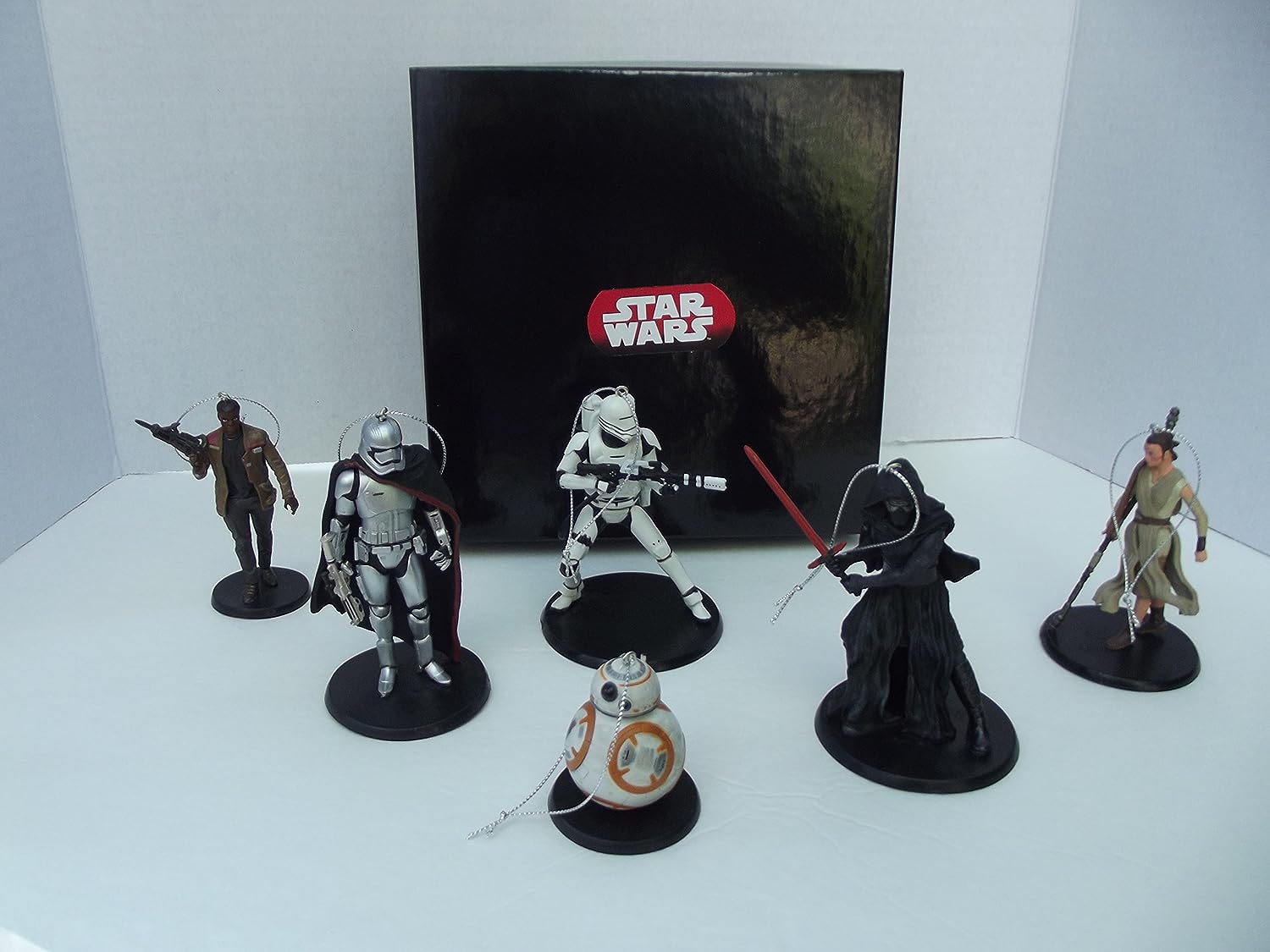 If you already have a lot of Star Wars character ornaments, then the best option for you is getting a package which includes 6 of these figures.  All these ornaments are made out of PVC and have a size of about 4 inches. Each of them is displayed on a base.  The figurines you’ll get in this package are:

Best for those who haven’t started collecting Star Wars ornaments for Christmas tree, the purchase of items one by one is the best solution. For example, you could start your collection with some of The Force Awakens character figures and complete your set with standard heroes like Luke Skywalker, Yoda, R2D2, Chewbacca, etc. Here what’s the Episode 7 new characters look like.

Rey ornament for your Christmas tree 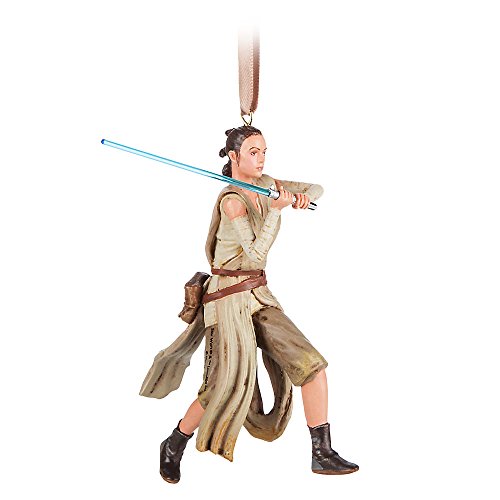 This Star Wars Episode 7 ornament features the famous young heroine named Ray. If you like the bright side of the force, then this scavenger woman is made for you and your holiday tree. Beware: as per customers’ reviews, this item doesn’t come with the Master of Jedi silver tag. 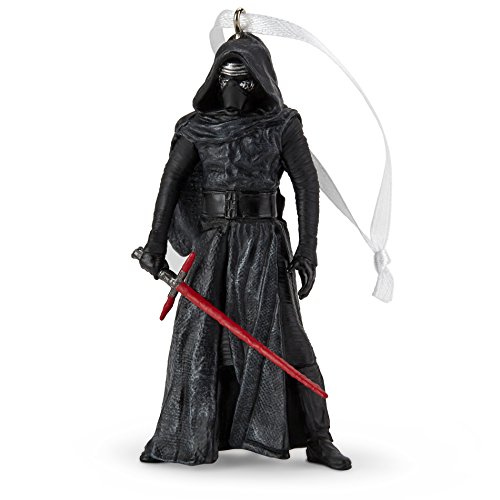 You will love to see this awful villain named Kylo hanged on your Christmas tree. The figure is entirely black and comes with a red light saber. The item is made of resin and its dimension is +/- 3″ H. 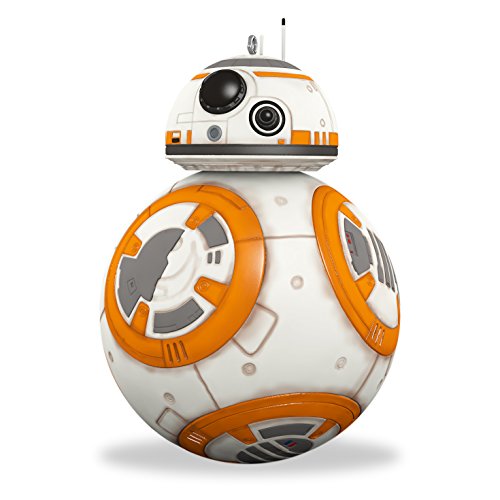 Made out of glass, this absolutely fabulous BB-8 Christmas ornament is an item you can’t resist to. It is made by Hallmark and can become a fantastic collectible or make a surprising gift for a fan of the Star Wars saga.

More in this Star Wars series by Hallmark

There are some more ornaments inspired from the 7th Episode of this saga. From Han Solo to the T-70 X-Wing and more. 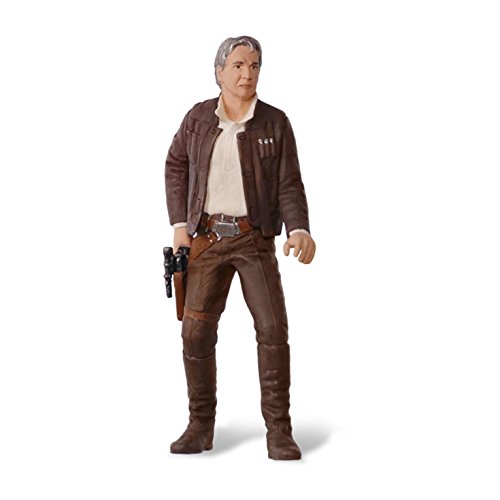 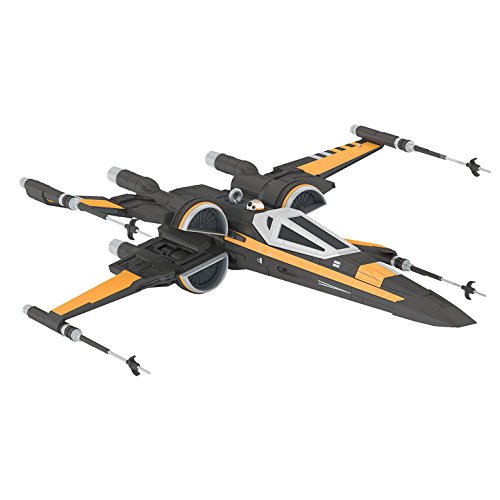 Star Wars has been around for decades and is as popular as in its early years. Therefore, we no wonder why people are crazy about them. You will find all the Star Wars ornaments you want for your tree in online stores like Amazon. And you can run a search below if you want to get your hands on early releases of ornaments inspired from the saga.

You Will Also Love...